Are You Looking for Pecans? 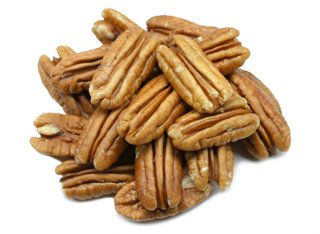 Pecan is a tree nut native to North America which was already used by the natives of pre-colonial central and eastern regions of North America.

Many people thinking that Pecan is only a different type of walnut – which is definitely not correct. Pecans have a different characteristics and slightly sweet taste compared to walnuts and it is used in many different applications such as bakery, confectionery, ice cream or as a direct healthy snack.

USA is the main consumer and also main exporter of Pecans followed by Mexico. This healthy tree nut is getting more and more popular especially in Europe, Australia and Asia regions.

Pecans are mostly sold as kernels and pecan kernels are graded and sorted during the shelling process. Most common types of Pecans are Junior Mammoth Halves and Broken Pieces (Medium / Small).

We also have an ability to despatch Pecans in both Organic and Conventional qualities in Europe Zone immediately as we already have customs cleared products stocked and ready to ship in Europe through our Dutch division Bata Food B.V.

We import and stock Pecans (mostly Fancy Junior Mammoth Halves and Broken Pieces) at our warehouses in Europe so you don’t have to worry about import documentation, analysis etc.

Handling and Storage of Pecan

Proper storage of pecans preserves the quality and maintains the natural flavor and aroma of the nuts. Pecans should be stored in airtight containers, such as sealed plastic bags, at low temperatures to extend storage life.

Storage at room temperature is not recommended because the pecan’s high healthy oil content will begin to degrade fairly soon.